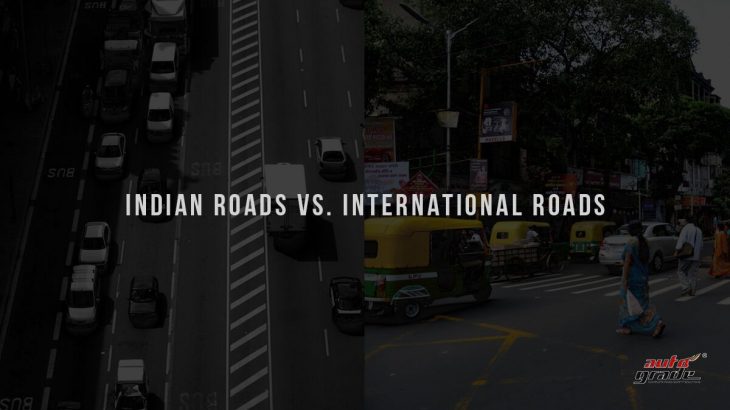 It is a well-known fact that India’s roads are among the world’s bloodiest. Potholes claimed six lives on an average on Indian roads every day in 2016. Road infrastructure plays an important role in a country’s development. But, what makes Indian roads so different from International roads? India’s preferred road-laying material has for long been bitumen. Most of the developed nations of the world use Concrete roads. The paving cost of concrete roads is higher compared to that of bitumen roads. But, the cost is justified because of its durability. Concrete roads have a long service life of forty years, whereas bitumen roads last for ten years. Moreover, during this service life, concrete roads do not require frequent repair or patching work like asphalt roads do. While it is natural to blame the condition of Indian roads on bad weather, the rapid disintegration of roads also highlights the sorry state of affairs in the city. Poor quality of road work, lack of maintenance and bad planning, coupled with official apathy and corruption, are what cause the roads to crumble even under the impact of a single spell of rain. Experts say roads should last at least five years once asphalted with good quality material provided the drains are maintained well.

One key difference between the developed countries and India is that traffic laws are not enforced in India and are thus, not followed. Here is an example of the chaos that ensues: cars on the wrong side of the road, drivers rushing past a stop light, and confusion at every intersection. Policemen can be bribed with small currency: Rs.200 ($4) settles most matters. Many drivers forge licenses, and even the official driving test doesn’t ensure that the driver knows all the rules. In comparison, even in the worst traffic in a developed country like the USA: Los Angeles at rush hour, everyone follows the rules. Nobody splits lanes, and even though it is frustrating, people follow the rules. Driving in LA isn’t fun: the drivers can be edgy and rash, but even at its worst, the traffic is a lot saner than on Indian roads.

So, what can India do to improve road safety? Does it sorely lie on the government? Or can we, as individuals contribute to making Indian roads safer? It’s a combination of both. A lot of times, road accidents are a result of a lack of respect for laws. A more stringent implementation of the laws will see immediate results. As citizens of India, we need to ensure that we abide by the laws, for the personal safety, as well as the safety of fellow citizens. Monitoring of roads with the help of CCTV cameras would see less people flouting speed limits. Bikers without helmets, people not conforming to car safety rules can also be easily traced. Another way would be replacing the outdated systems with intelligent traffic solutions. Not only will it be cost effective, it will also save energy, manual labour and lead to smoother operations to ensure road safety.